Home About Us Instructor Profiles Having most of his formal training under Professor David Castoldi, his teaching style is a dynamic blend of Castoldi’s Jujitsu, Small Circle Jujitsu, Wing Chun, Judo, and ground fighting.

Master Leigh Rossi received 2011 Lifetime Achievement Award for over 30 years of dedication and contribution to the martial arts. Michael attended a once in a lifetime trip to China and South Korea, Hosted by Hanmudo Founder – Dr. He Young Kimm. This trip allowed Michael to train at the Kukkiwon – WTF Headquarters Seoul Korea, visit the Korean War Museum, take 2nd place for self-defense competition at the 3rd World Hapkido Games in Gwanju, visit and train with Buddhist Monks (very rigorous training!), visit a remote monastery, attend the Chinese Circus in Beijing, visit the Great Wall of China, Tiananmen Square, The Forbidden City and much more.

Michael currently practices the healing art of Reiki and has trained in various martial arts systems including:

Michael currently holds the rank Shodan under Master Leigh Rossi, at Checkmate Self Defense in Small Circle Jujitsu and the Checkmate Jujitsu system and was honored to receive the 2012 Jujitsu America Ohana award for his continued contribution to his Checkmate family.

Michael now teaches at Checkmate West in Aspen Colorado and will be greatly missed in NH between visits.

Rick Woolverton began his formal instruction of Judo and Danzan Ryu JuJitsu in 1972 under the guidance of his father Jack Woolverton (Godan; 5th Degree Black Belt).

Rick actively competed in Judo at both the state and national levels and held the Florida Sunshine State Games title for his weight class for 3 years. 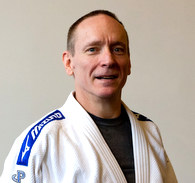 Pat studied Judo under Mr Roy Kirk and later Mr Phil Relnick Sensei at the Peoria, IL YMCA Judo Club in the 1960’s and 70’s. As a junior judoka, under Mr Kirk’s instruction, Pat qualified for the 1969 Junior Nationals by placing 2nd in the Illinois pre-nationals.

In 2006 Pat returned to the martial arts and began training at Checkmate Self Defense under Sensei Leigh Rossi. Pat has been privileged to study judo under, and be promoted by, Professor Bill Chestnut Jr. and Sensei Rick Woolverton at Checkmate Martial Arts.

Pat holds the rank of Shodan in Judo, a Shodan in Small Circle Jujitsu with Sensei Rossi, and is the 2010 recipient of the Ohana award. Pat Cassidy is a certified Spontaneous Knife Defense Instructor for Law Enforcement and Security Professionals through PPCT (Pressure Point Control Tactics) now currently known as Human Factors Research Group/Warrior Science Group. Sean continues to train, share his skill with others, and is an instrumental part of the Checkmate Judo Program Maria began studying martial arts in 2002 studying Hakkoryu and Yoshitsune justisu. Maria continued on to checkmate where she began studying small circle jujitsu, and judo under master Leigh Rossi, student of professor Castoldi. Over the years Maria has trained in multiple styles and was a youth Judo coach for nearly 10 years.
-Nidan In small circle jujitsu
-sankyu in hakkoryu jujitsu
-certified as a Spontaneous Knife Defense Instructor for law enforcement, military and correctional officers
-certified in adult and pediatric CPR/AED/FIRST AID
– certified steward of children with Darkness to Light organization Professor Castoldi has over 32 years experience in a wide range of styles including, jujitsu, judo, kung fu, professional wrestling, and bare knuckles street fighting. He holds an 9th degree in jujitsu, a 1st degree in Karate, and a 5th degree in Judo. His instructors include Albert J. Castoldi, John Hogan, Master Win Chil Wu, and Professor Wally Jay.